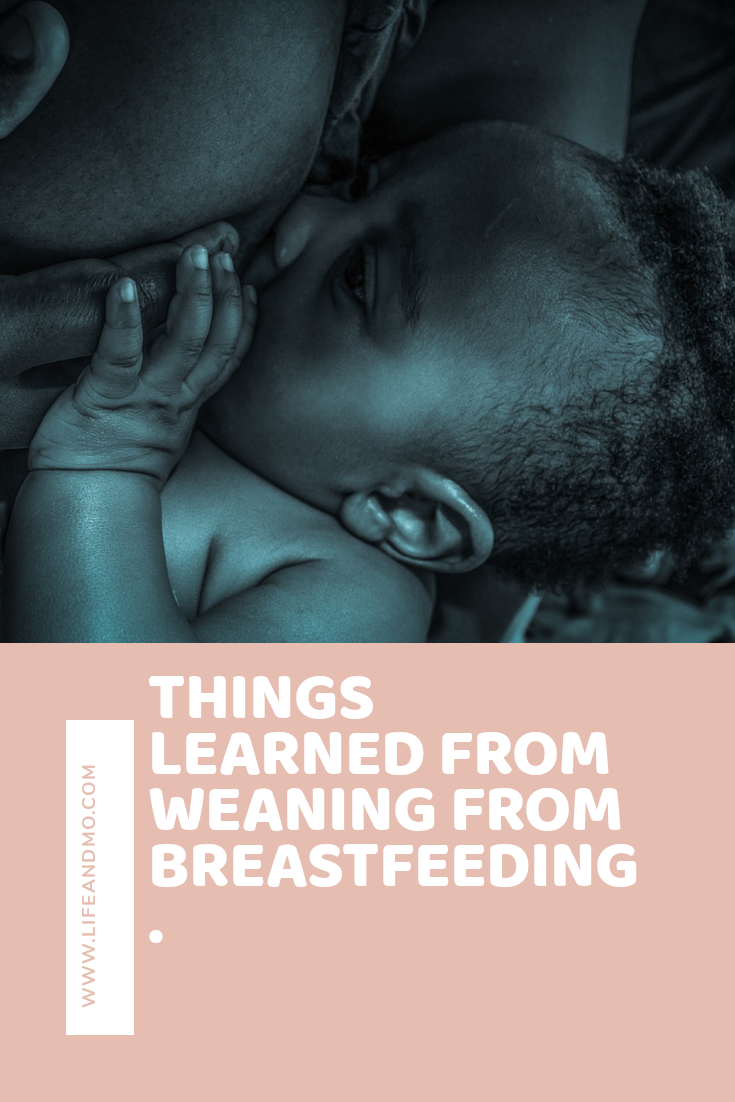 When I went back to work in January, after my maternity leave came to an end. I decided to wean my son from breastfeeding at 5 months old.  It was a tough and painful experience for the both of us.

It was a week of crying, screaming feeling guilty and helplessness and no sleep all at the same time. With my daughter, she breastfed until she was way past 24 months.

THINGS LEARNED FROM WEANING FROM BREASTFEEDING

I felt so guilty to stop breastfeeding my son at 5 months old. Felt like I was not a good mom and I was failing him in some way.

It has been 3 weeks since he last breastfed and sometimes, I miss feeding him and having our quality time.

I had to learn to silence the noise from people who thought, it was their business to tell me that I was wrong to stop breasting my son at 5 months old.  The decision was taken not likely and it was my business, not theirs.

I decided that I would just give my son formula because I am exhausted from working and having to take care of my other child pumping was just way too much for me. Formula milk is quite expensive though, but I don’t care.

My son has adjusted well and feeding well as still growing. At the end of the day, fed baby is best. We still bond other ways and It does not mean I don’t love my son any less now that he is not breastfeeding. People need to learn to stop making moms feel guilty about the decisions they make for their babies.

WHAT ARE THE THINGS THAT YOU LEARNED FROM BREASTFEEDING? We would love to here from you, until next time.